Today, as planned, was a lot like yesterday. We started out with a team briefing and devo (led by Neal), then went to Hope Women’s Center. In the afternoon we sorted clothes for HopeFest. At the women’s center today we did a few more odds and ends, but were also able to help provide childcare for women who were taking classes. Many of the women who come to Hope have left or are in the process of leaving abusive relationships. Many others have been trafficked for sex. They have a multitude of issues, usually have several children (not just one or two, but four or more), are often alone and frequently don’t speak English. For them to even attend an ESL or parenting class can be a monumental strain. So having someone watch their kids for a couple hours can be a huge blessing to them. 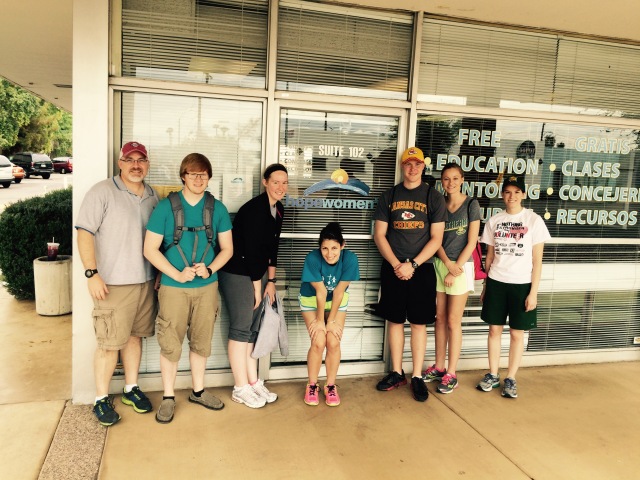 The team at Hope Women’s Center 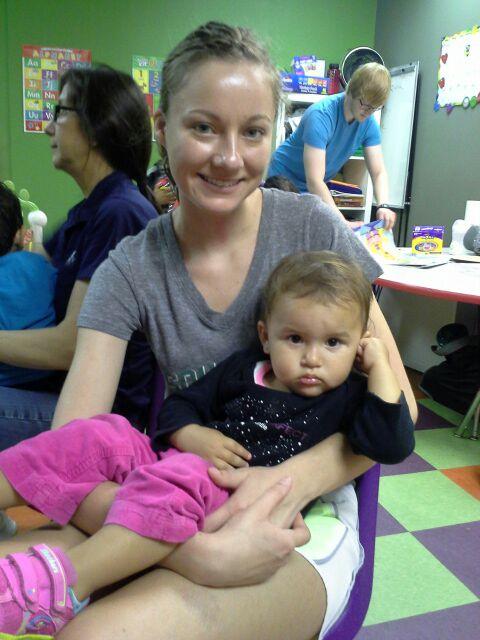 Childcare is a huge blessing to single moms from abusive backgrounds…

HopeFest apparently thought we were really bad or really good at sorting and folding clothes because they asked us to come back after we served there yesterday. Today we went through thousands of articles of donated clothing and they seemed pretty ecstatic about it. The event will serve over 25 thousand people in one day, so yeah, they need serious help on the front end and we were happy to oblige. Our being there really sends the message that Mercy Hill Church really loves the city, thus opening doors for the Gospel in future conversations.

We probably had way too much fun sorting clothes for HopeFest.

We’ve been here for four days now, and the time seems to have flown by. Hard to believe tomorrow will be our last here in Arizona. Maybe it was that sense of sadness at the realization that we’re almost done, or maybe it was planned in advance, but after dinner tonight Pastor Anthony broke out his guitar and started a little worship service around the dinner table. It was just about perfect for us. After leading us through a few songs he passed the guitar to Grant and we just kept going. What a blessing to have such talented people around us!