Cold, gross and joyful and playful. Probably the best way to describe Tuesday. Cold because it was 24 degrees outside with a windchill of 11 while we did a prayer-walking tour of Uptown with JP Paulus from CityConnexx. We were FREEZING! In fact, best to call it a prayer-jogging tour because we wanted it to be over so fast. And, there’s just not a lot of praying going on in that temperature other than, “Lord, please don’t let me freeze to death out here.”

Gross because after our morning in the cold, and a great lunch at Siam Noodle & Rice, we got back to the business of gutting the bathrooms at Northside Church of the Nazarene. Removing the toilet stools and urinals was… gross. We also did some sanding on the Sheetrock to prep it for paint and started to remove the sinks and counters. Unfortunately, the plumbing is so old and decrepit that it will require more skill than we have on our team; several of the valves are leaking or flat out frozen open, so yeah, just taking out the fixture would just make a bigger mess. You have to hand it to the church though. They know the neighborhood they’re in has passed them by and they’re committed to catching up, which is a great vision and attitude, but requires a high level of commitment to see through.

Joyful as a result of the ministry we were blessed to be a part of at Uptown Baptist after dinner. They allowed us to join them as they relaunch an outreach to several local halfway houses and retirement centers. From what we gathered, this was their first night back. We went to a halfway house called Margaret Manor and were able to help lead a service for the residents there. We sang, gave a devotion, heard some testimonies, sang a bit more and generally enjoyed our time with the people there. Pray for that place and the people UBC will be sending to share the gospel of Christ with them.

Finally, playful. We ended the night with a debrief of the day and played Sardines in the darkened church. Sardines, for you non-youth types, is like Hide & Seek in reverse. One person hides, everyone else seeks, and when they find the hidden player they hide with them. Just a fun game to end a long day of ministry. 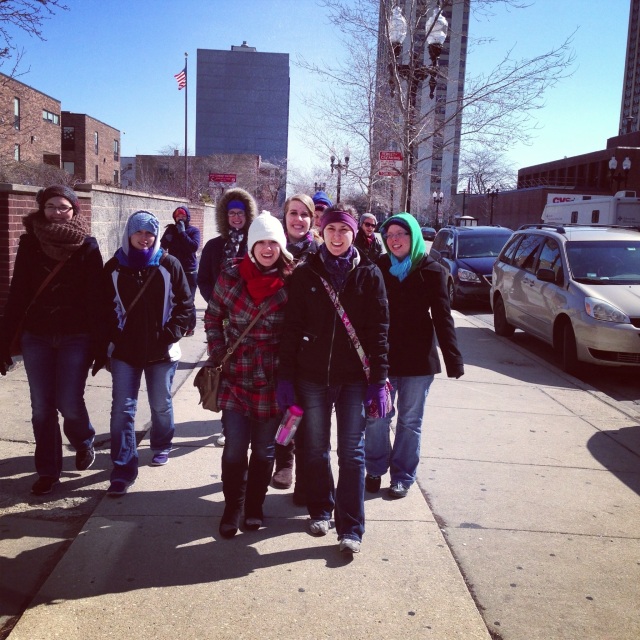